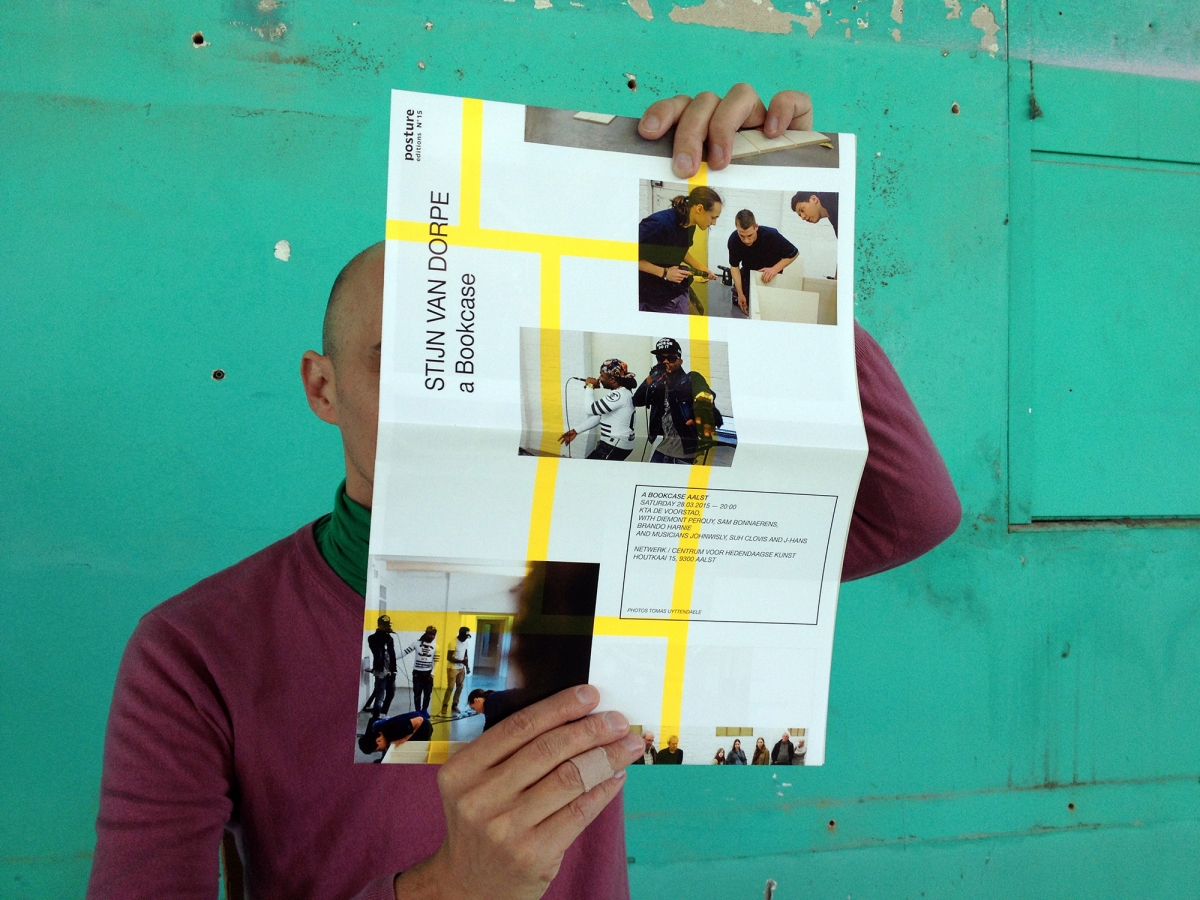 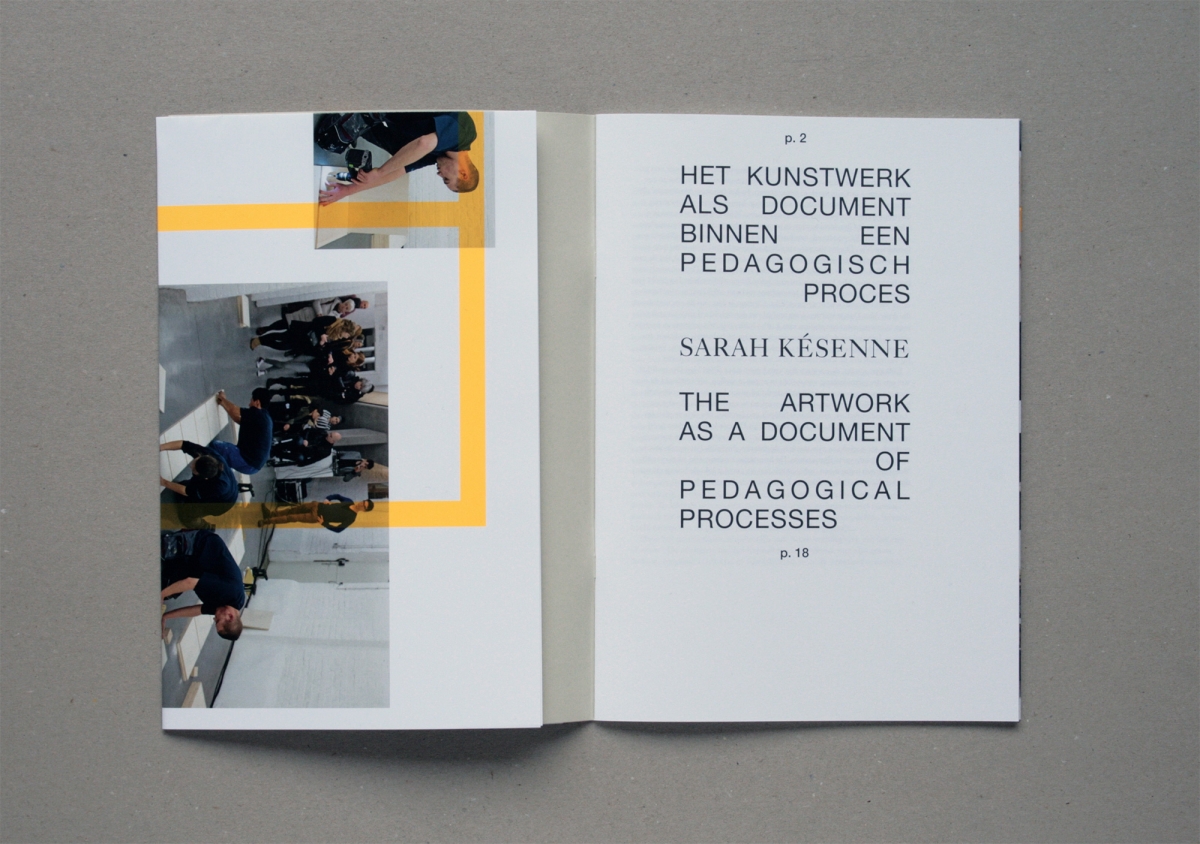 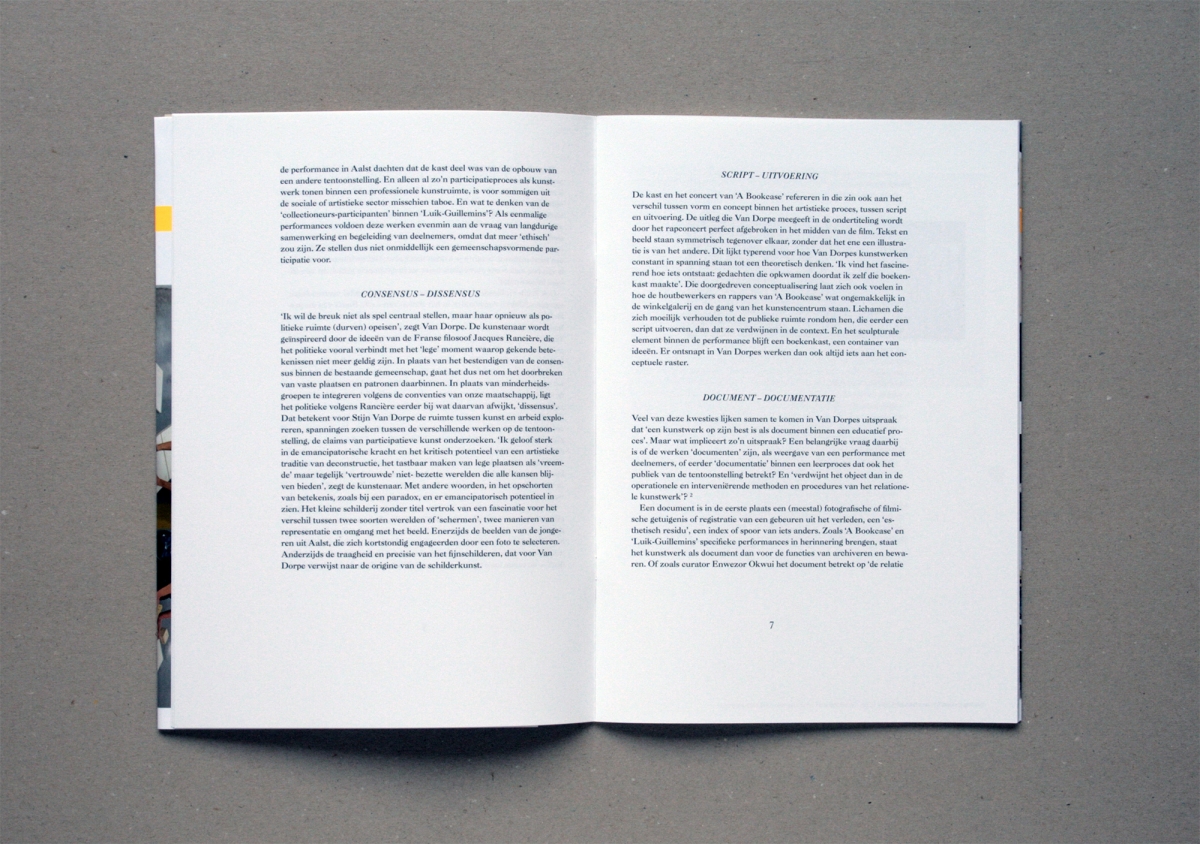 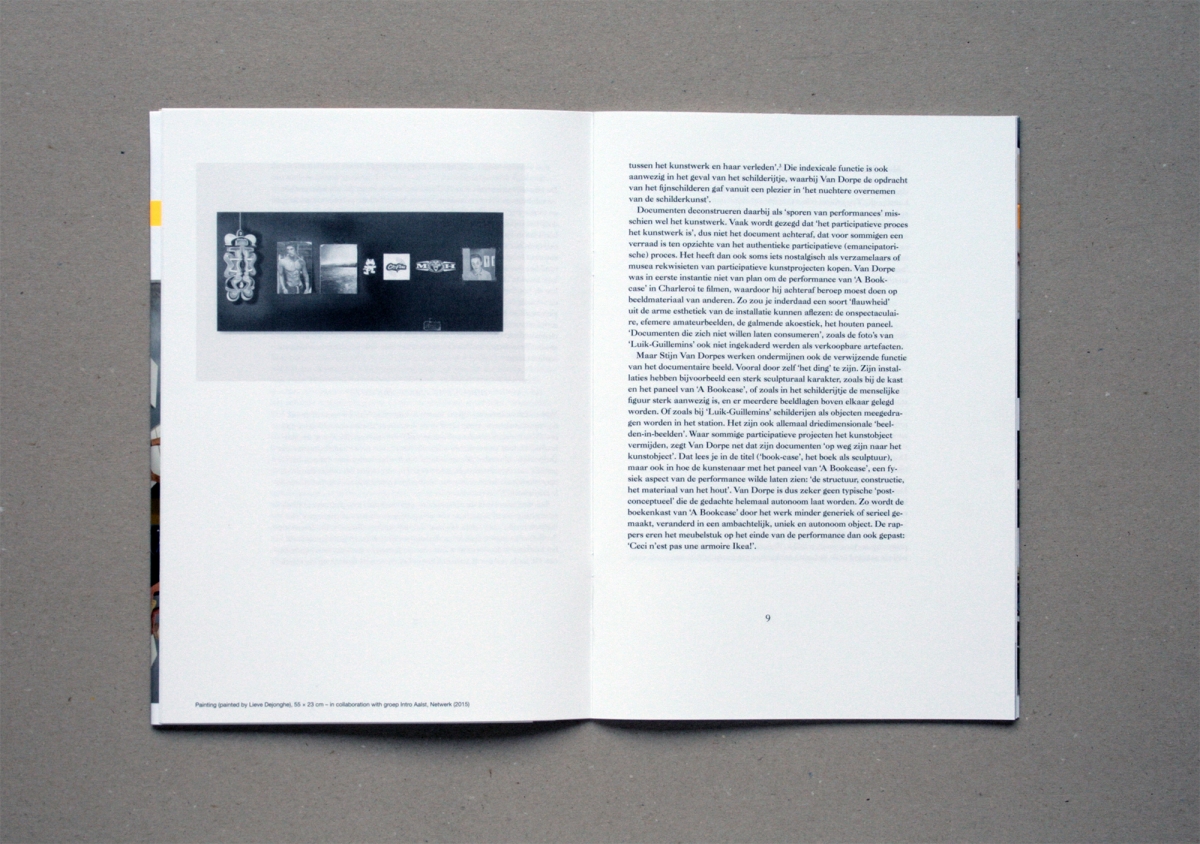 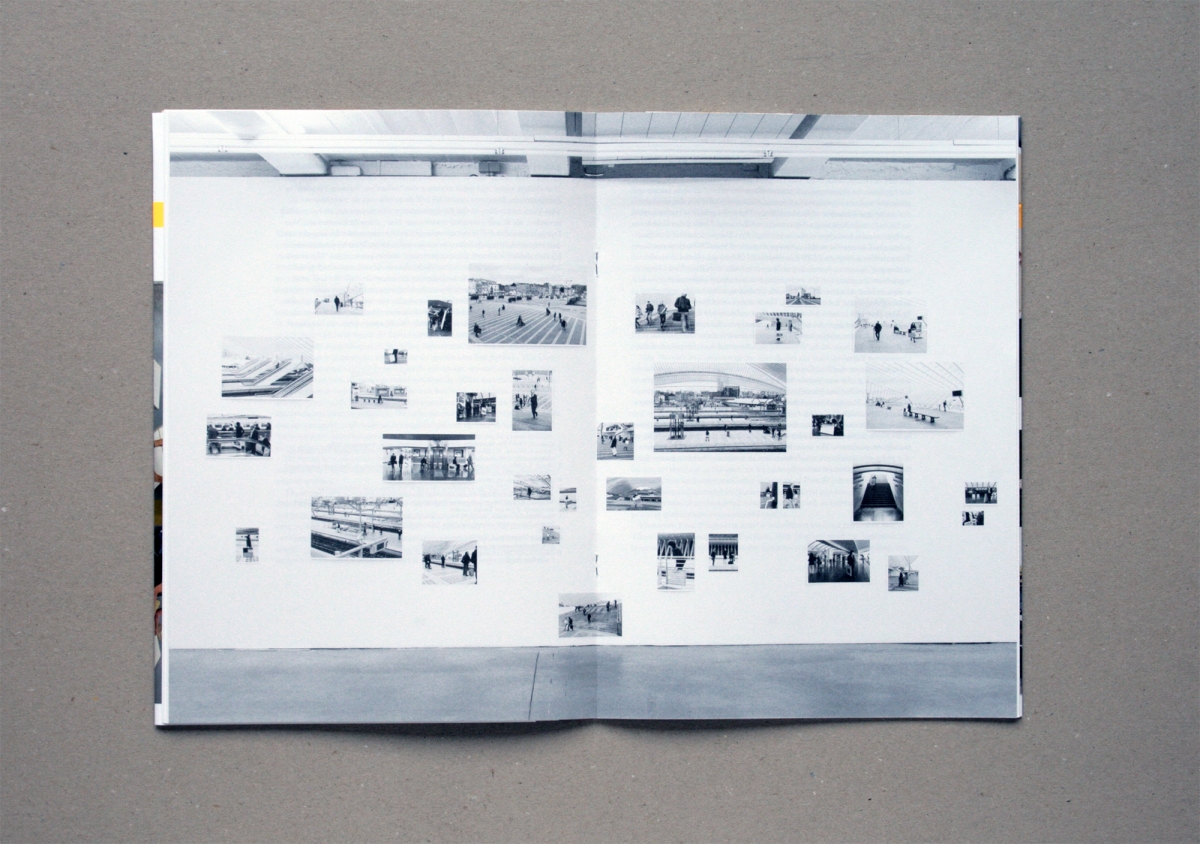 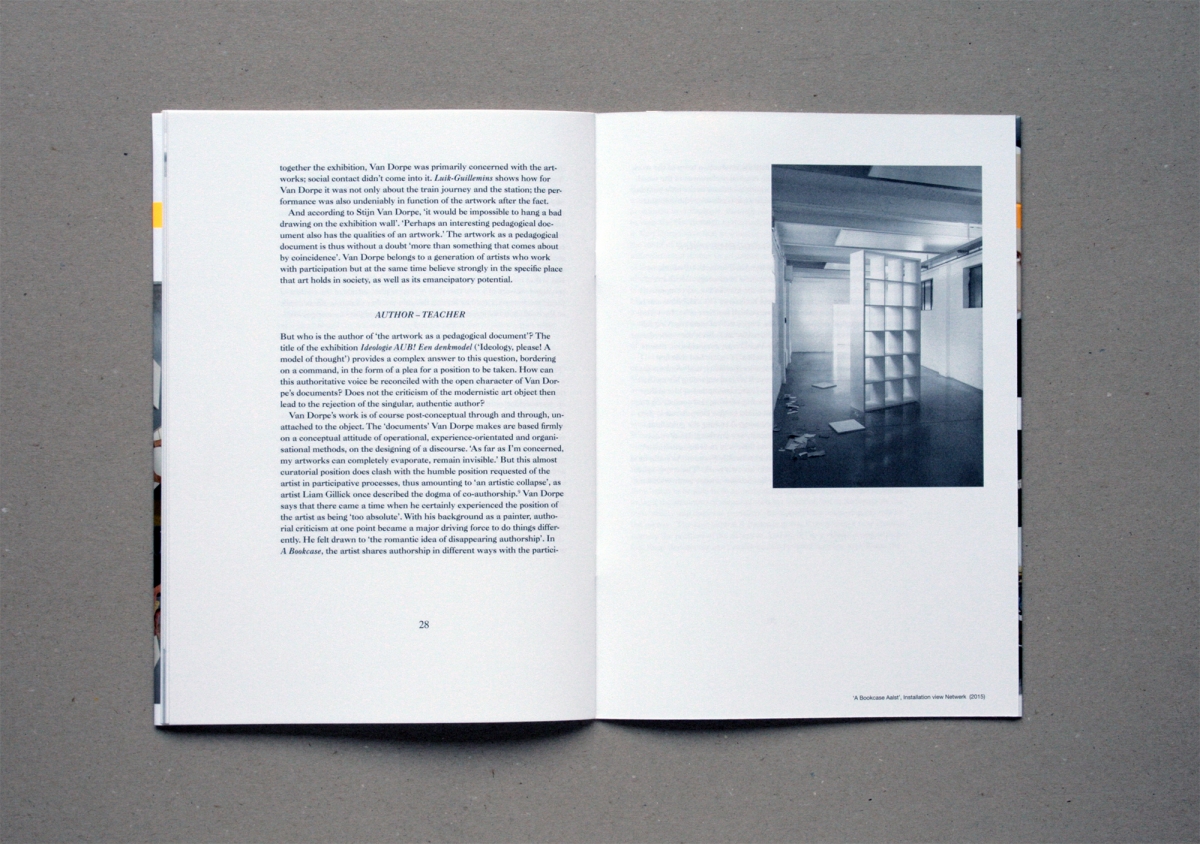 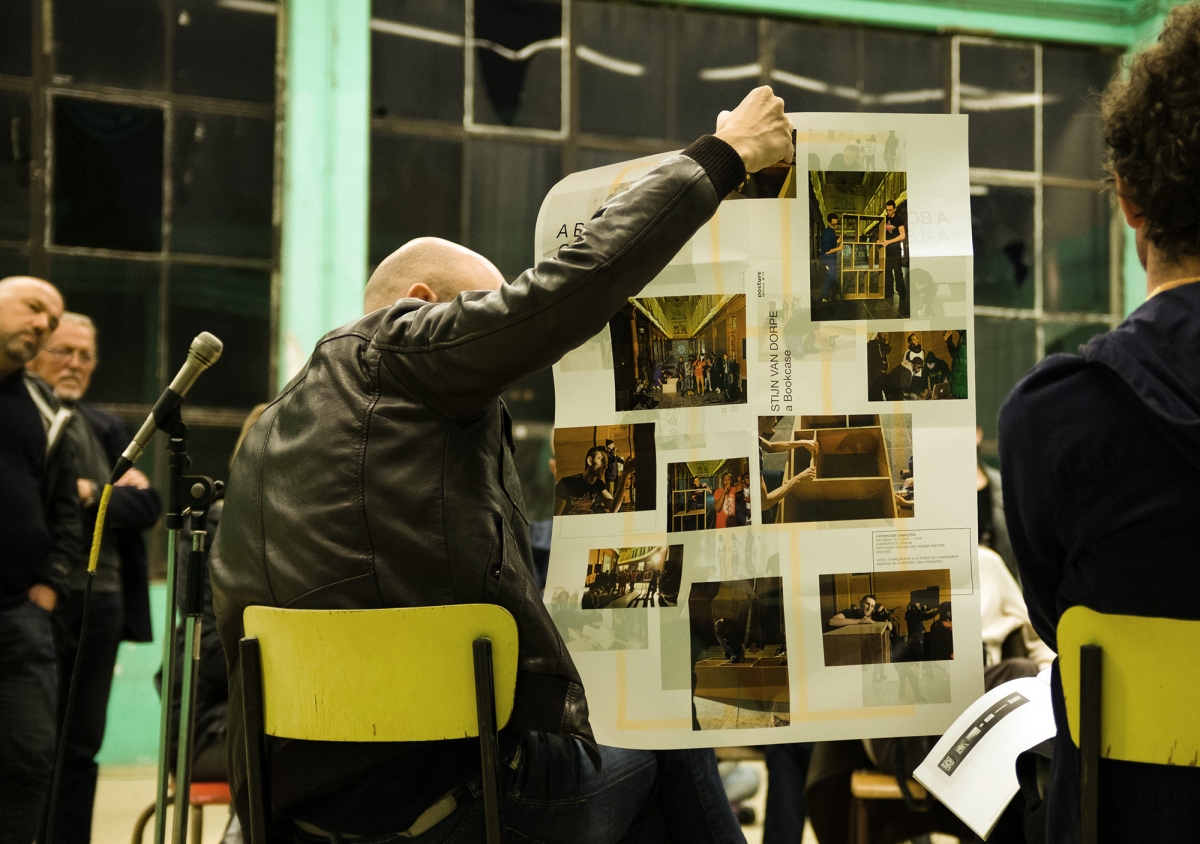 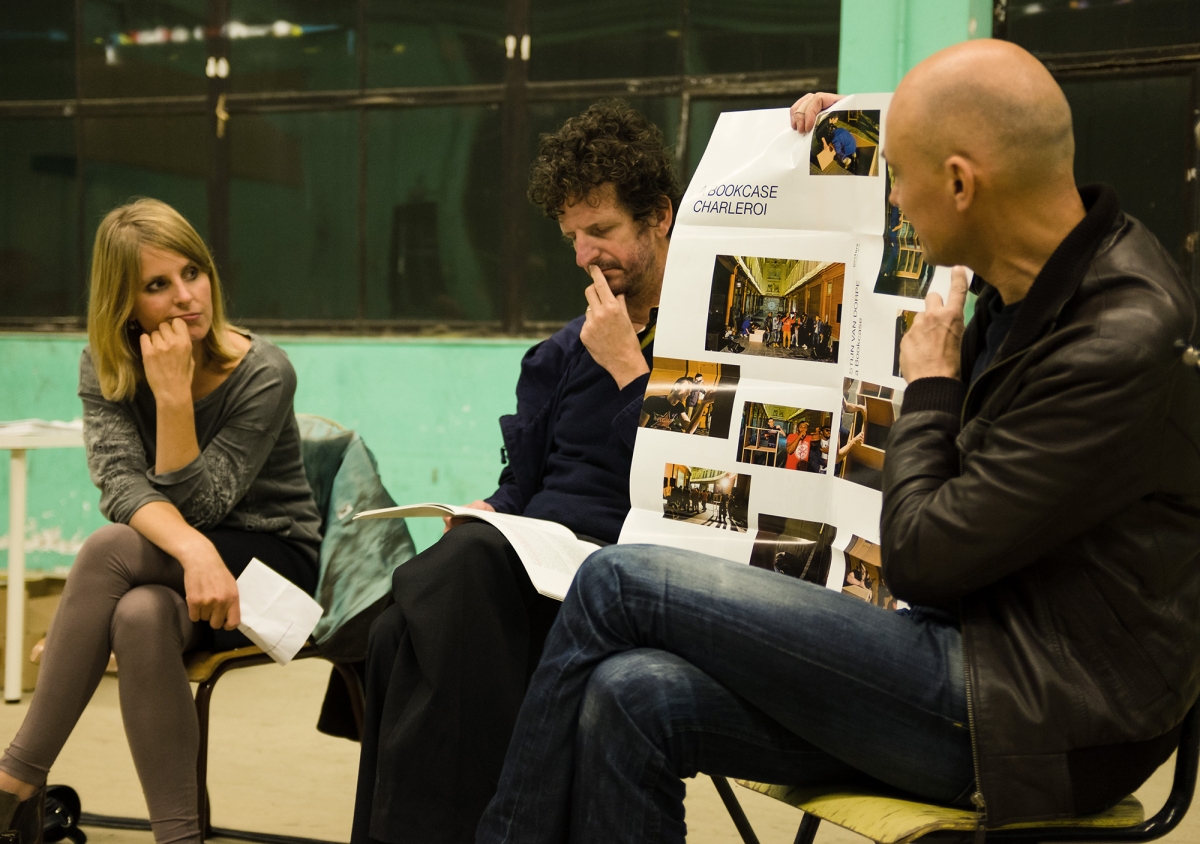 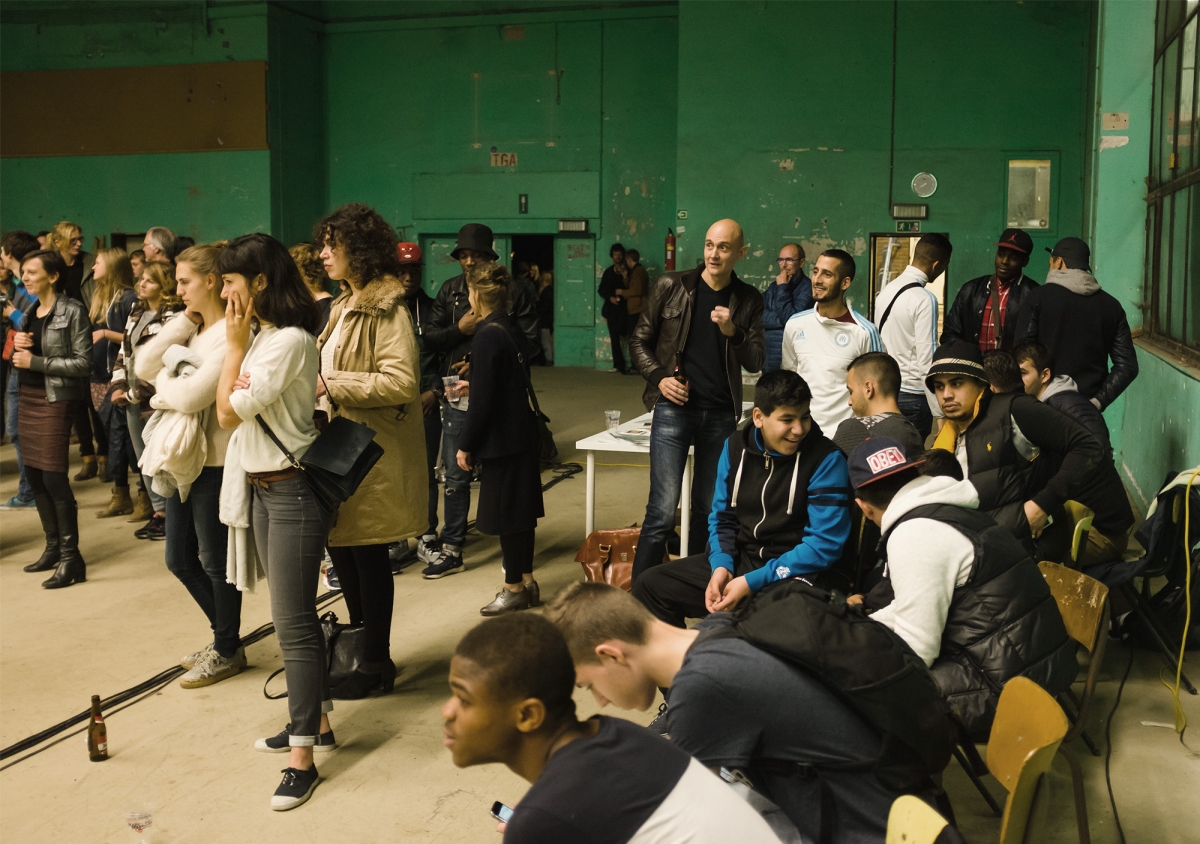 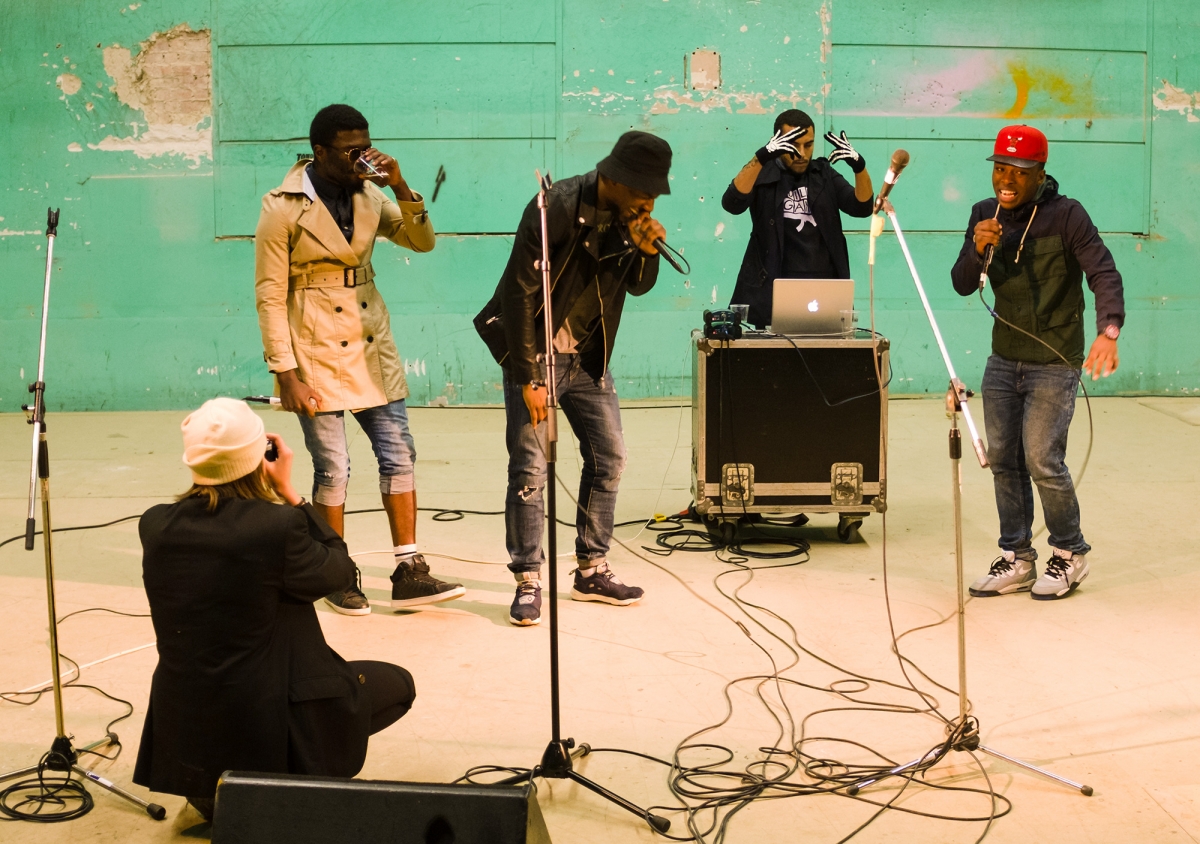 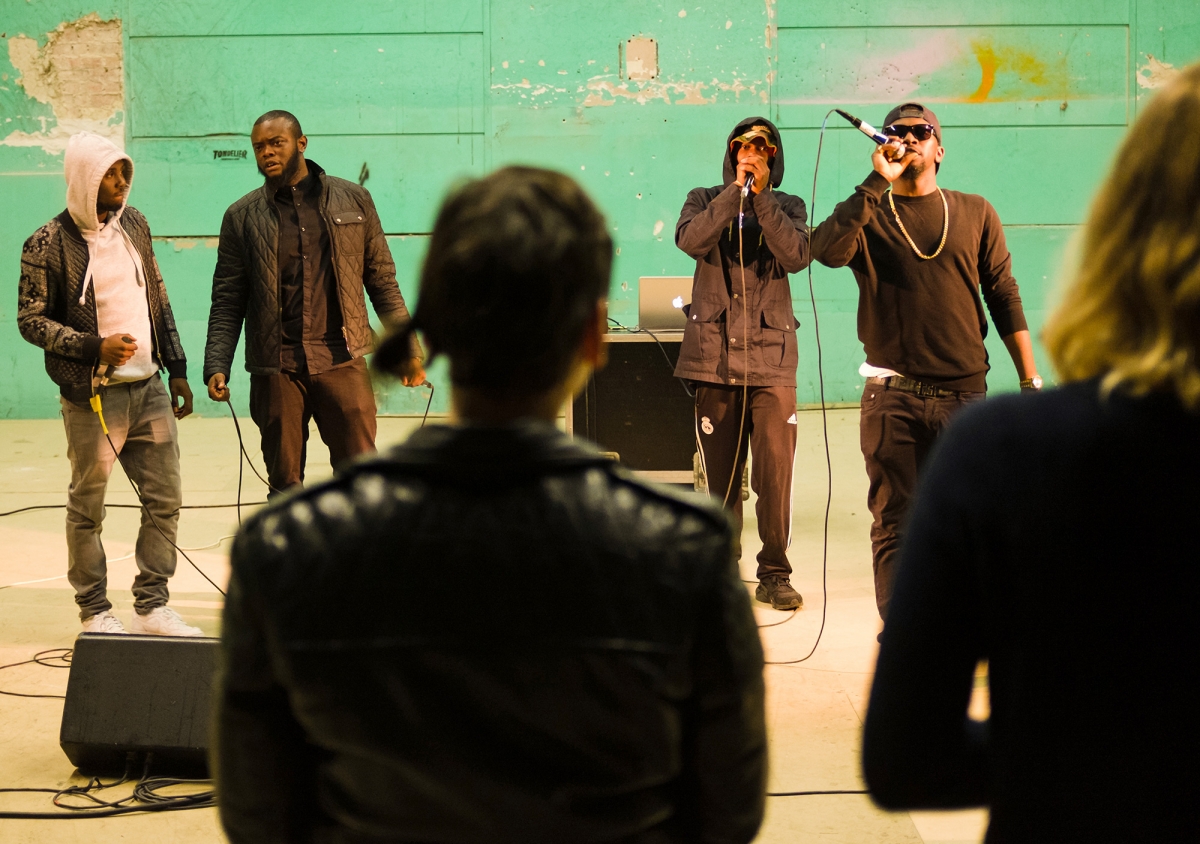 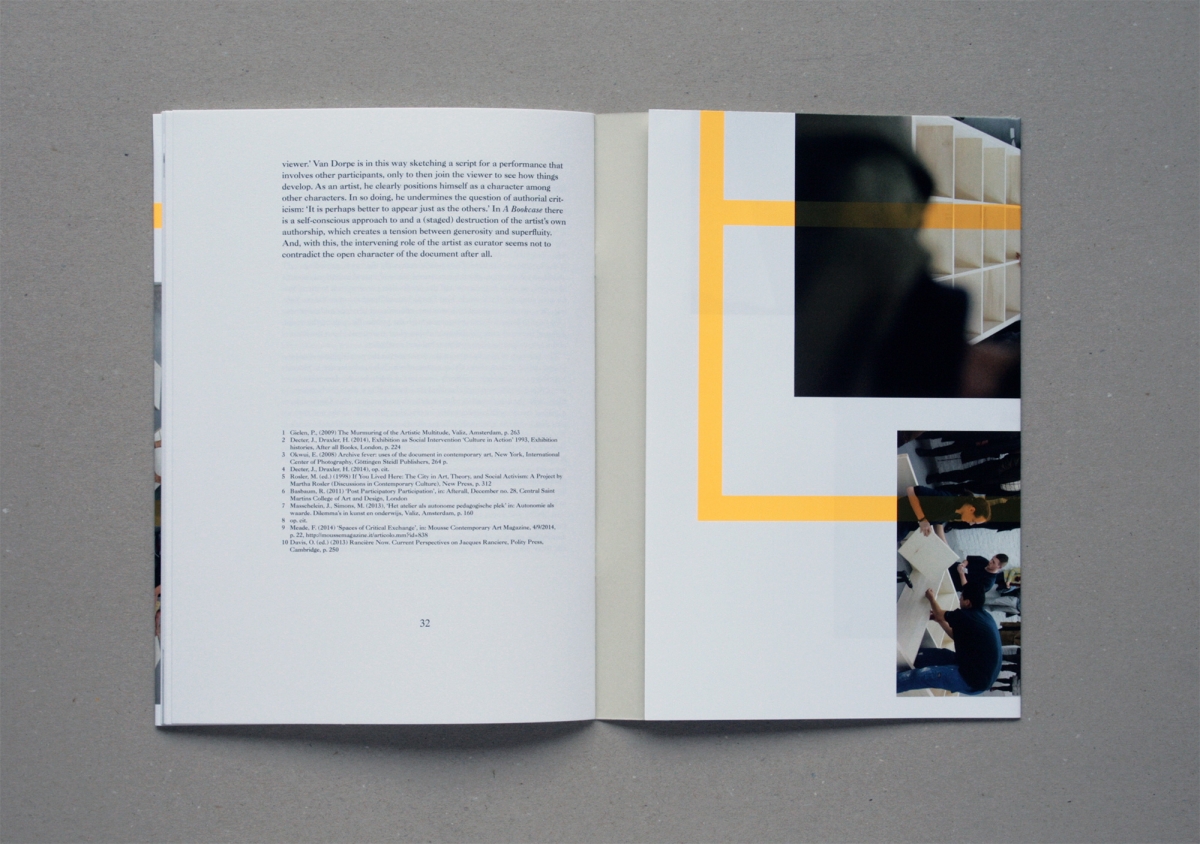 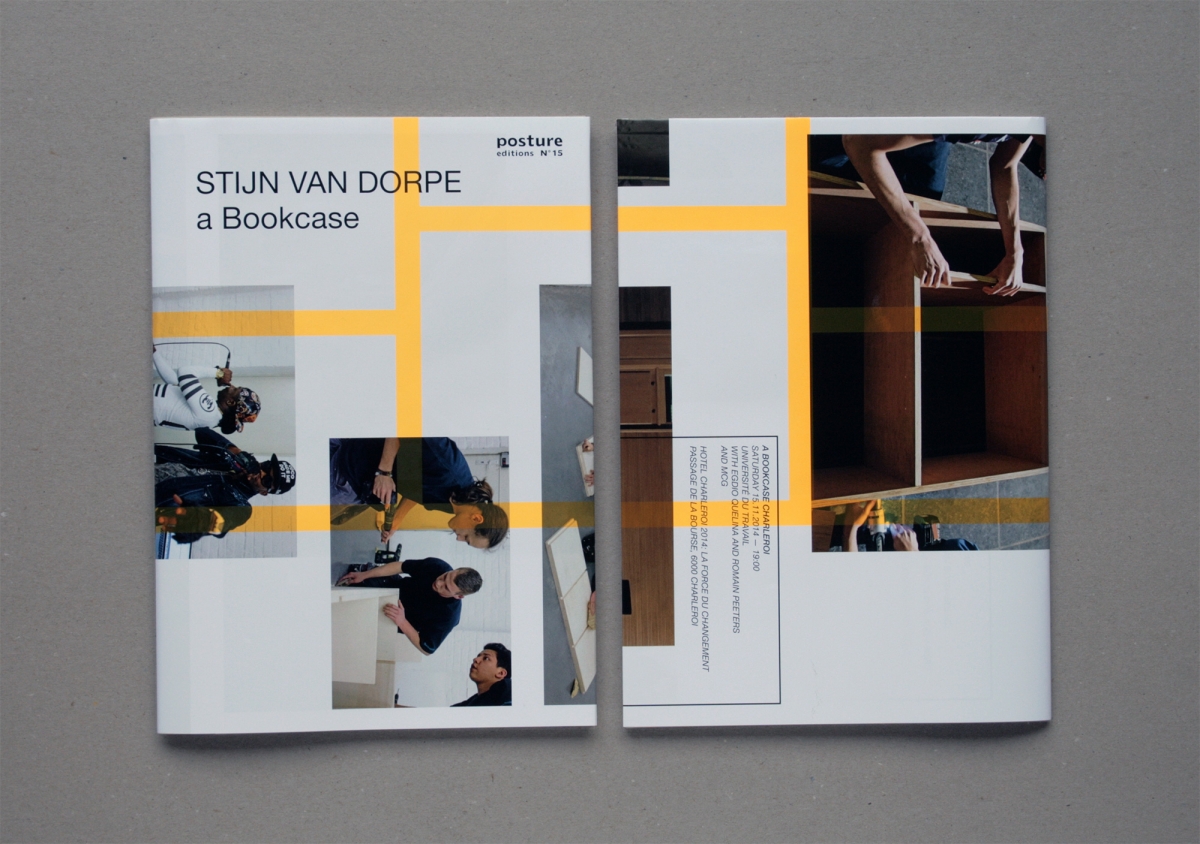 Stijn Van Dorpe (b. 1970) got the idea for the work A Bookcase while assembling three bookcases at home and at the same time listening to music. He found it interesting that the music had no influence on the ultimate form of the assembled bookcase. With this premise established, he invited students of a vocational school for woodworking to take part in a performance during a residency at Hotel Charleroi. Van Dorpe asked them to assemble a bookcase in an old shopping arcade in Charleroi, while a rap group performed alongside them. A film of this performance was shown at the exhibition in Aalst. At the exhibition, the artist first provides an explanation of the images in the form of subtitles on a black screen. Then the filmed performance is shown. In the projection space, there is also a wooden panel with photos of the performance mounted on it. During the exhibition at Netwerk Aalst, the performance was also repeated, again with local rappers and students from a vocational school. All that remains of this performance is the bookcase in the corridor of the arts centre.
Van Dorpe’s explanation of the film shows his fascination for the difference between, on the one hand, the rappers who give their creativity free rein and, on the other hand, the mechanical, repetitive actions involved in assembling the bookcase: the difference between art and work, between ‘a music concert that is seen by the rappers as a stand against a normative society’ and, by contrast, the manufacture of a mass-market product within a capitalist system.
From: ‘Mechanical labour – creative labour’ Sarah Késenne, in: a Bookcase.

With the support of the city of Ghent, the province of East-Flanders, the Flemish Government and Tondelier Open _____