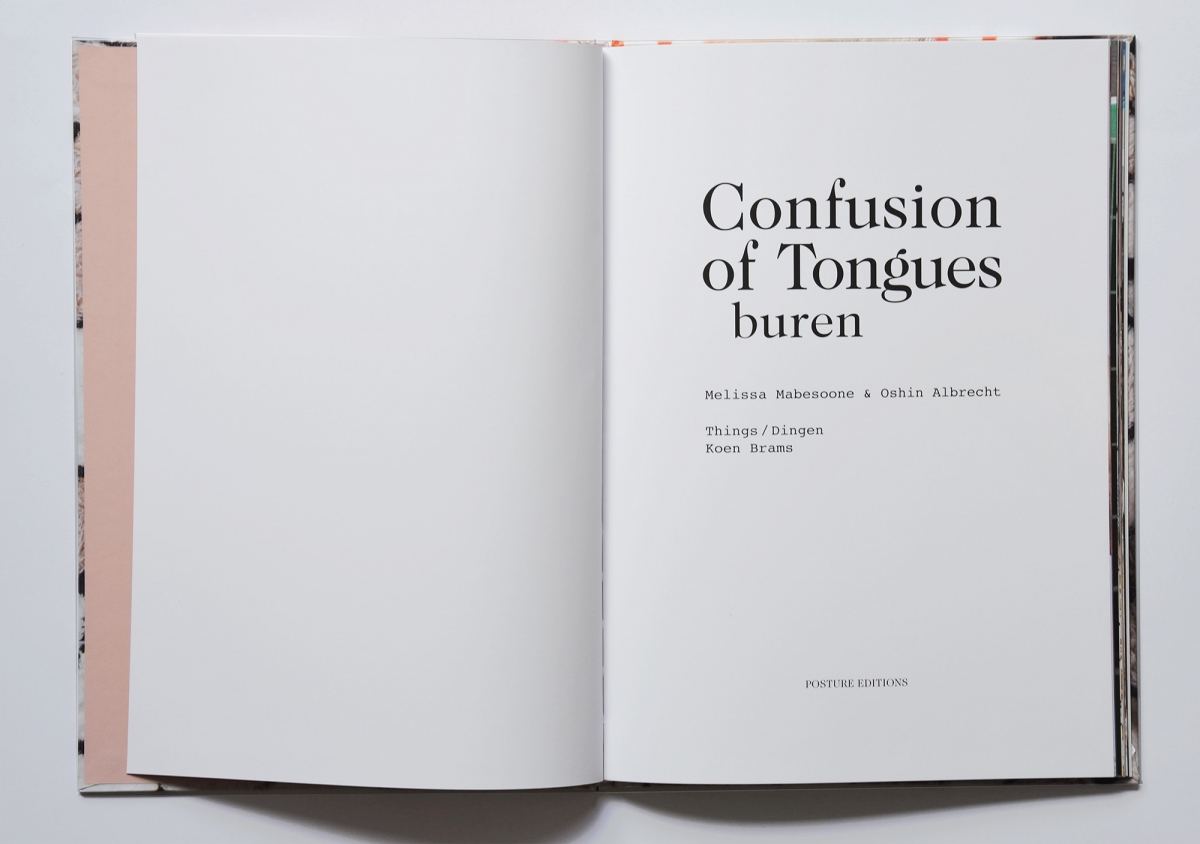 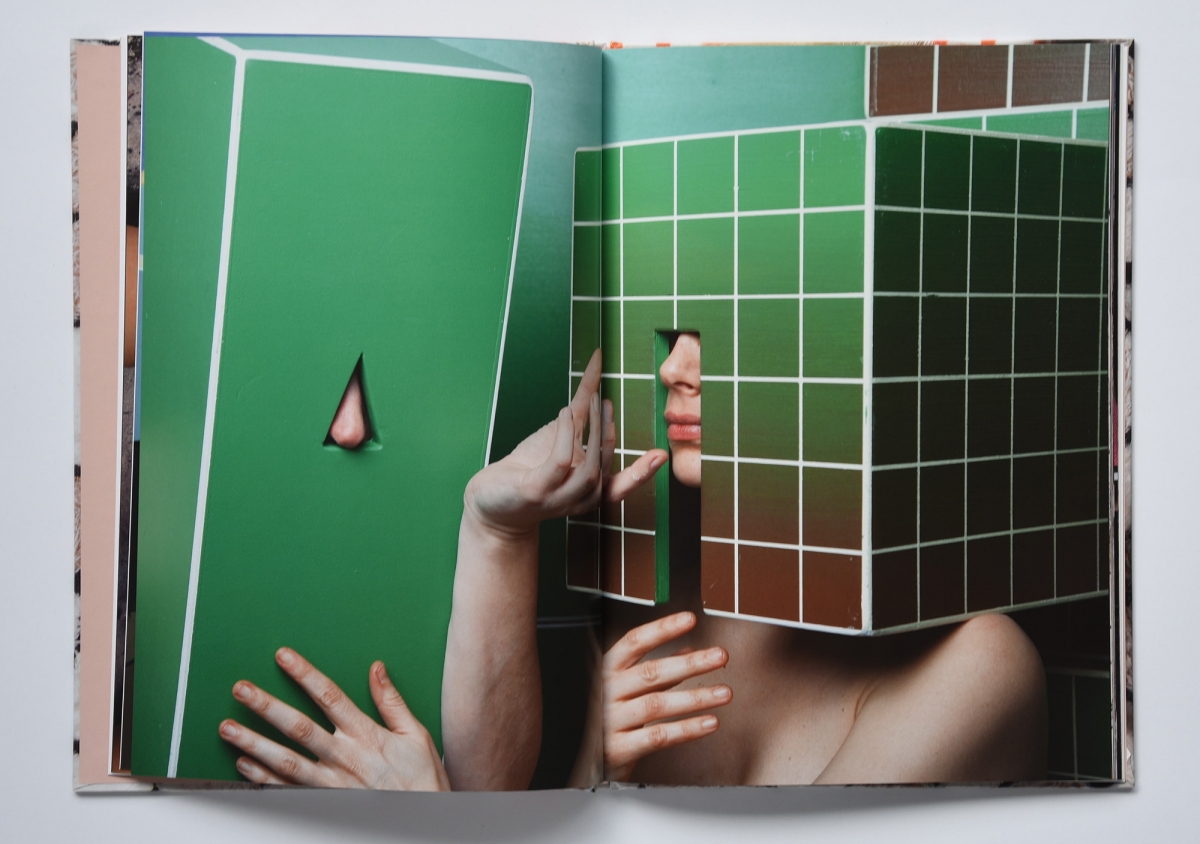 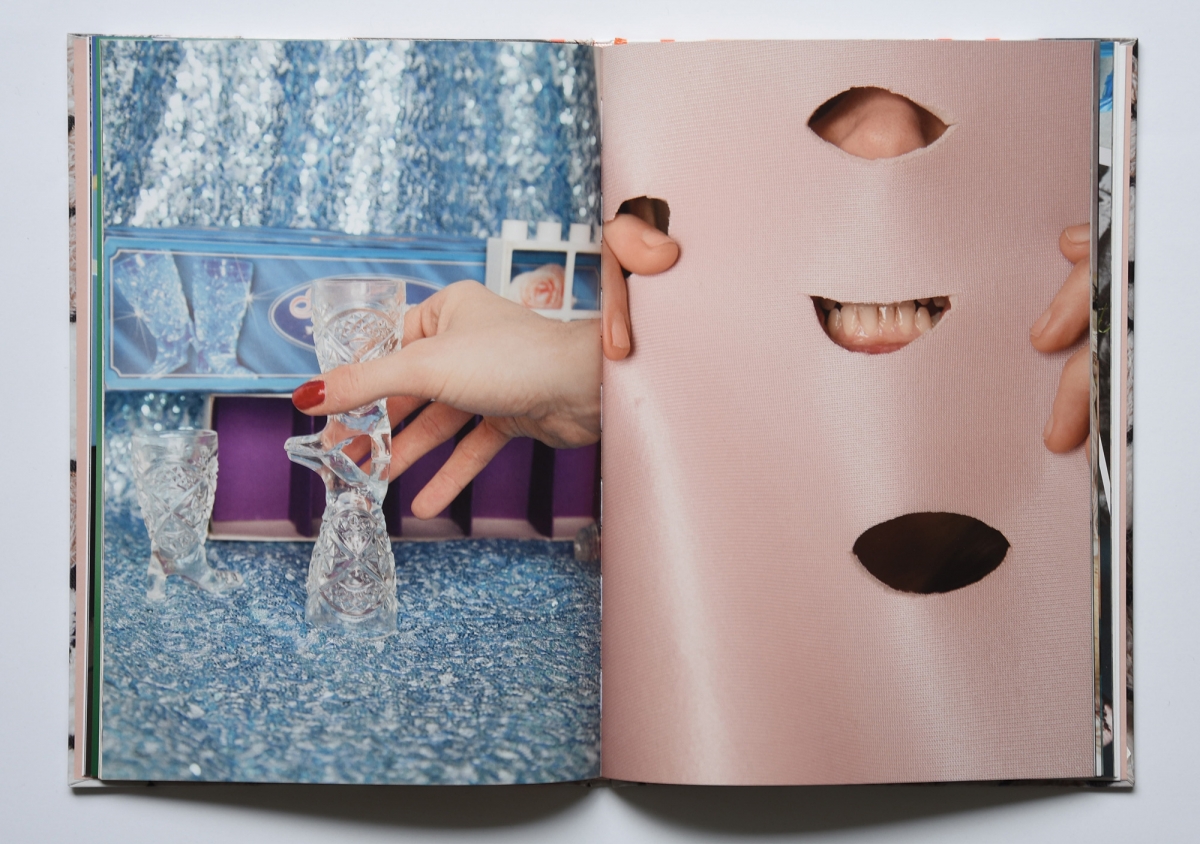 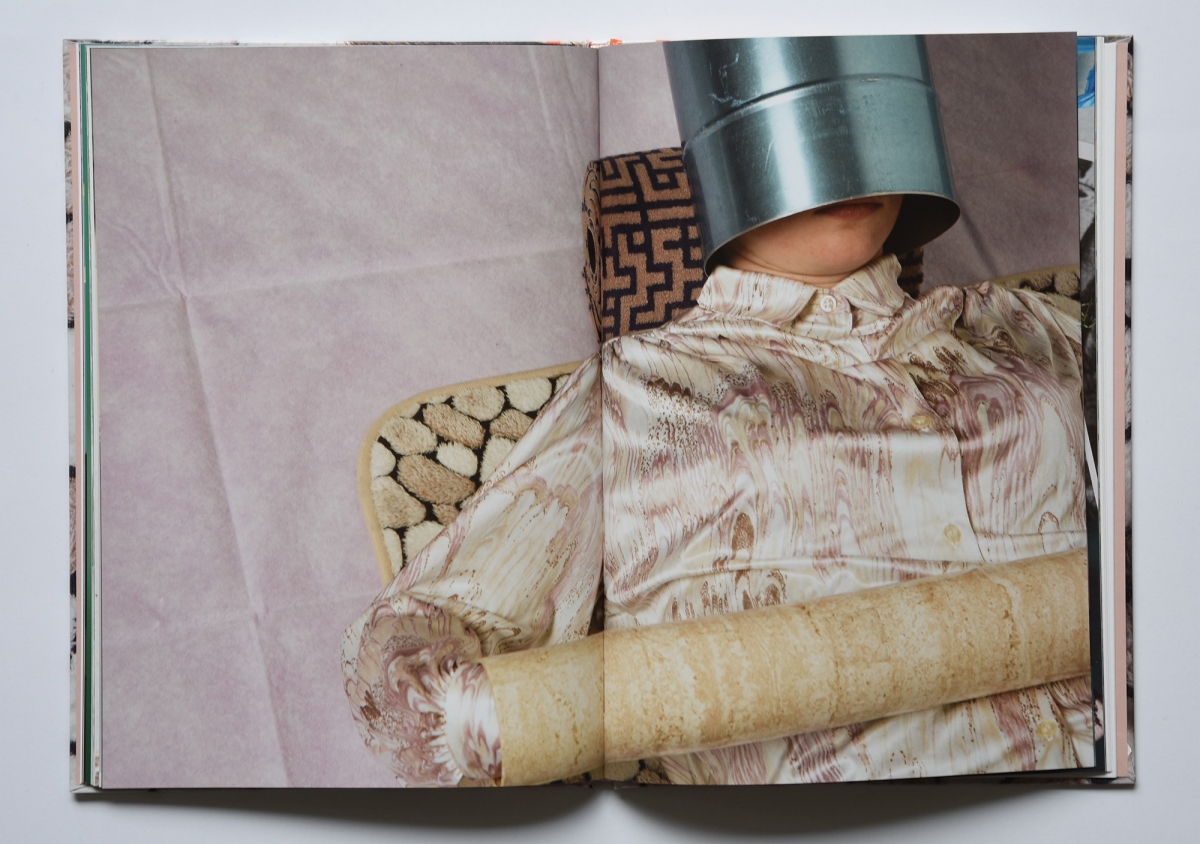 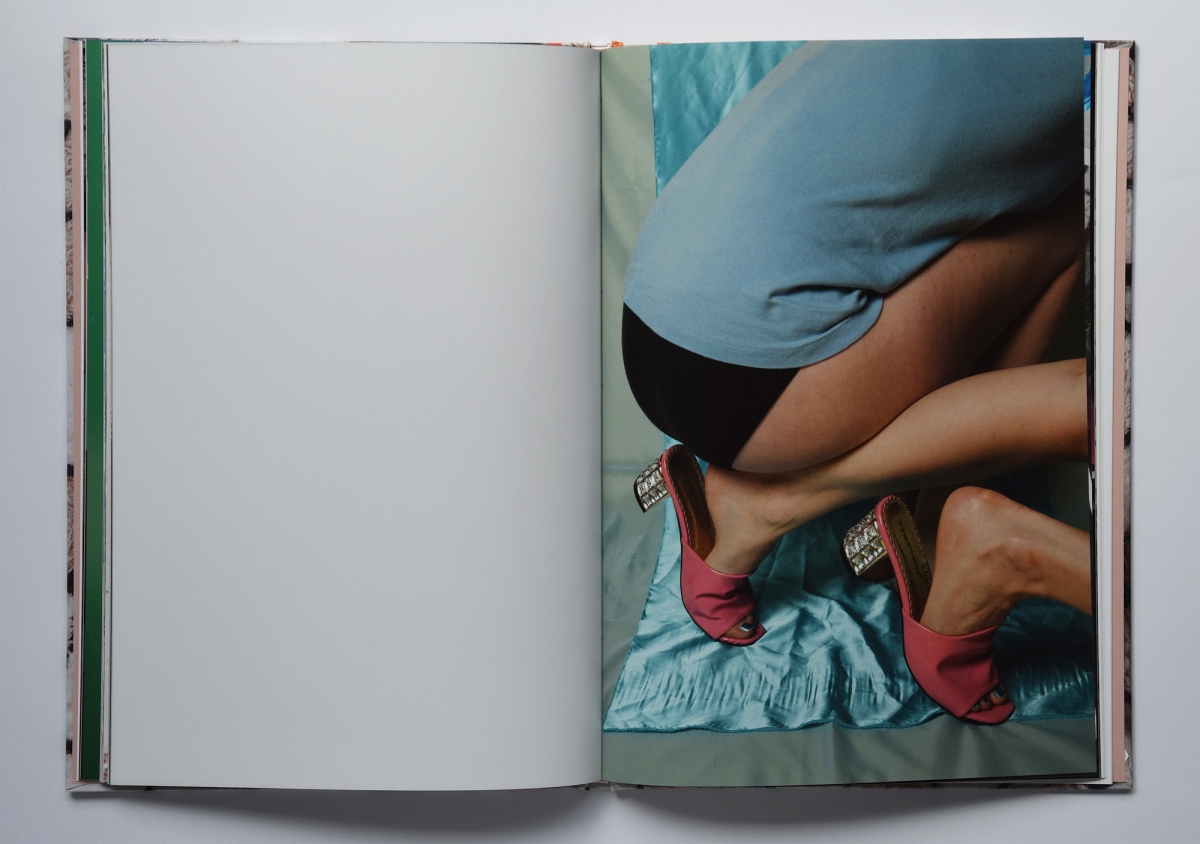 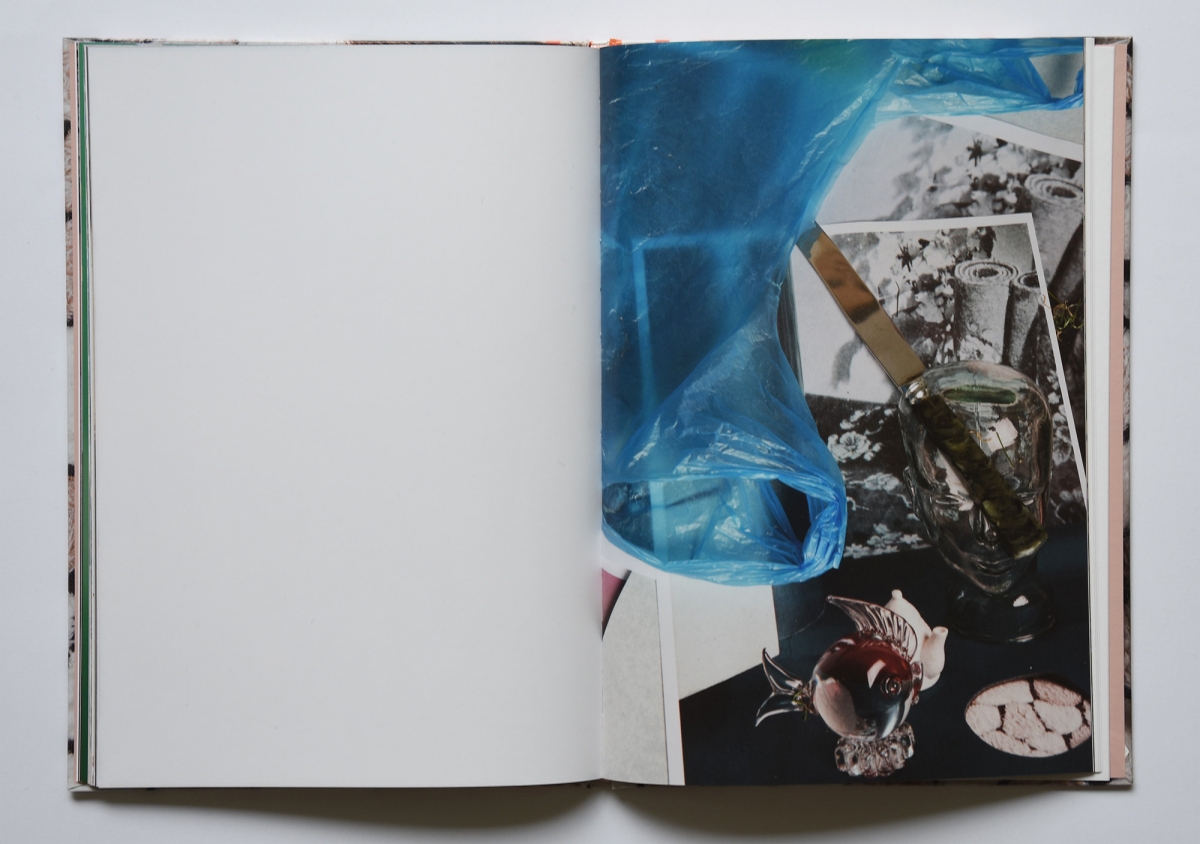 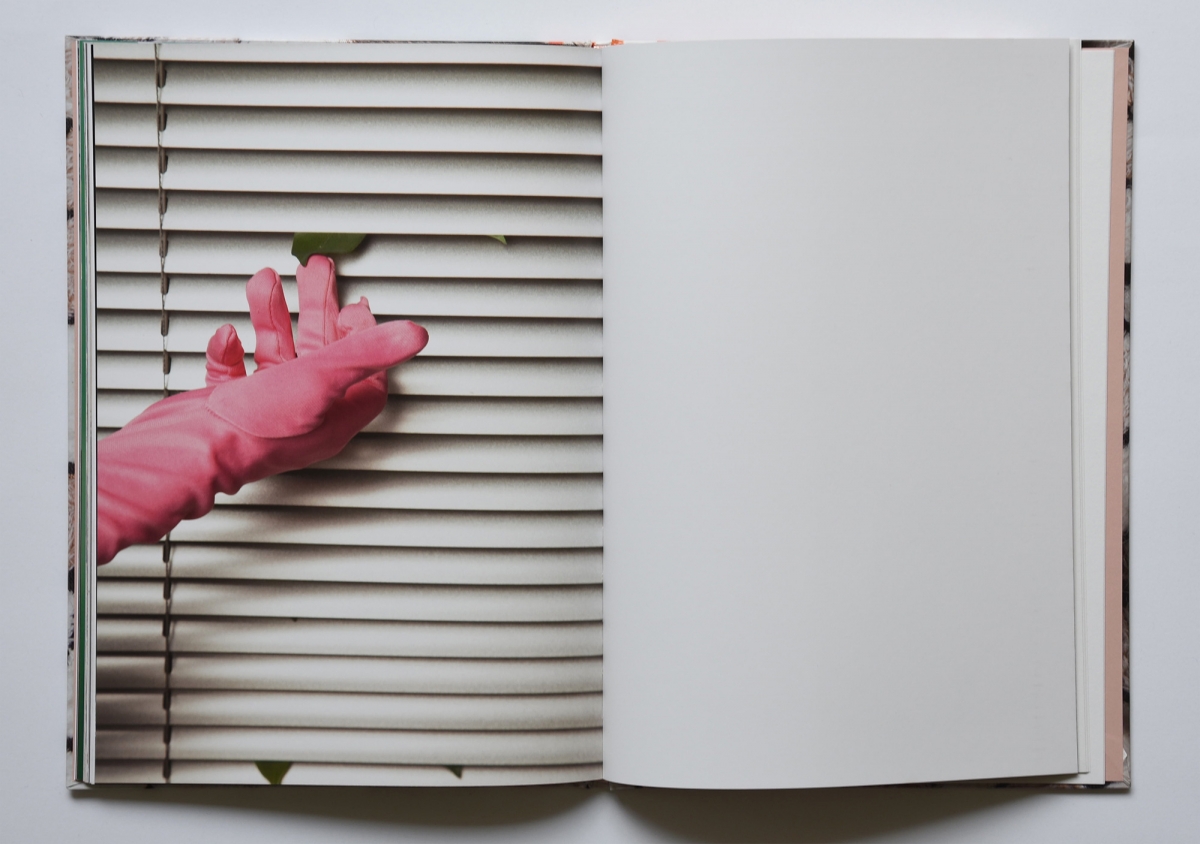 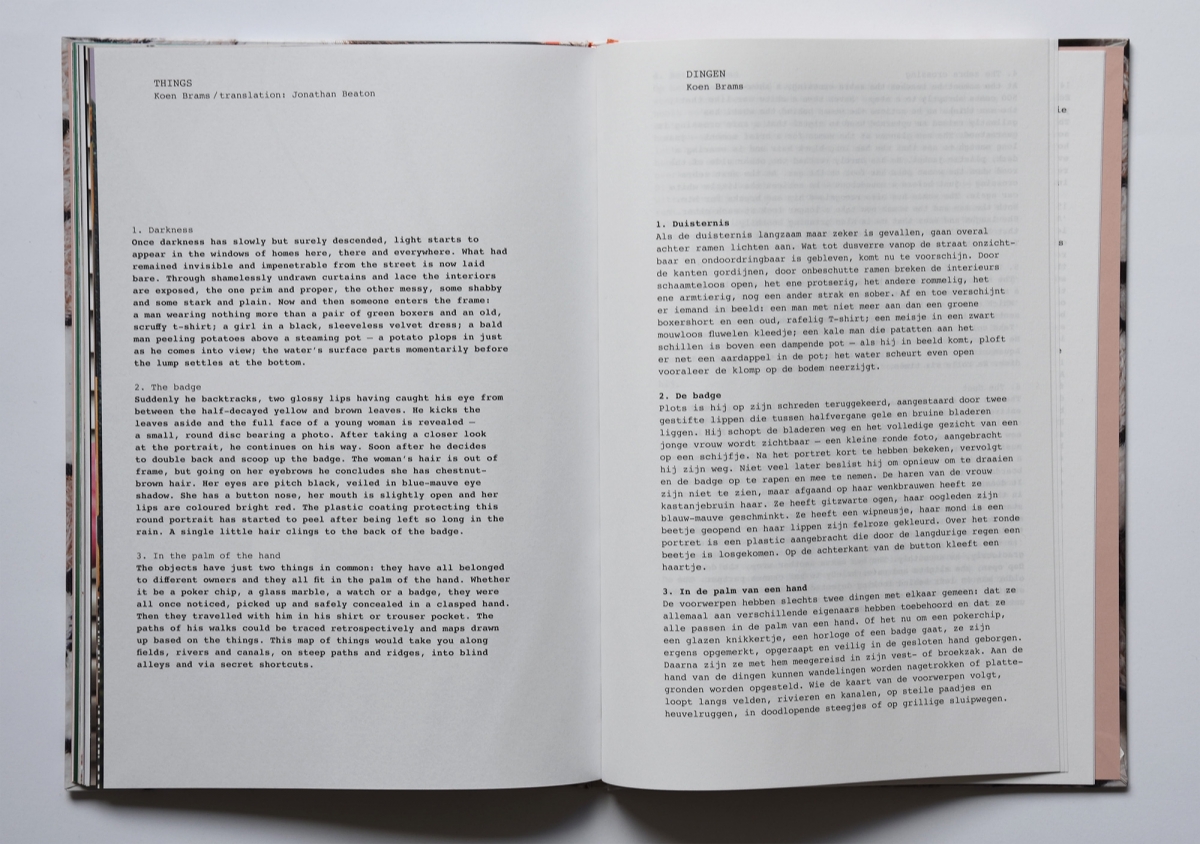 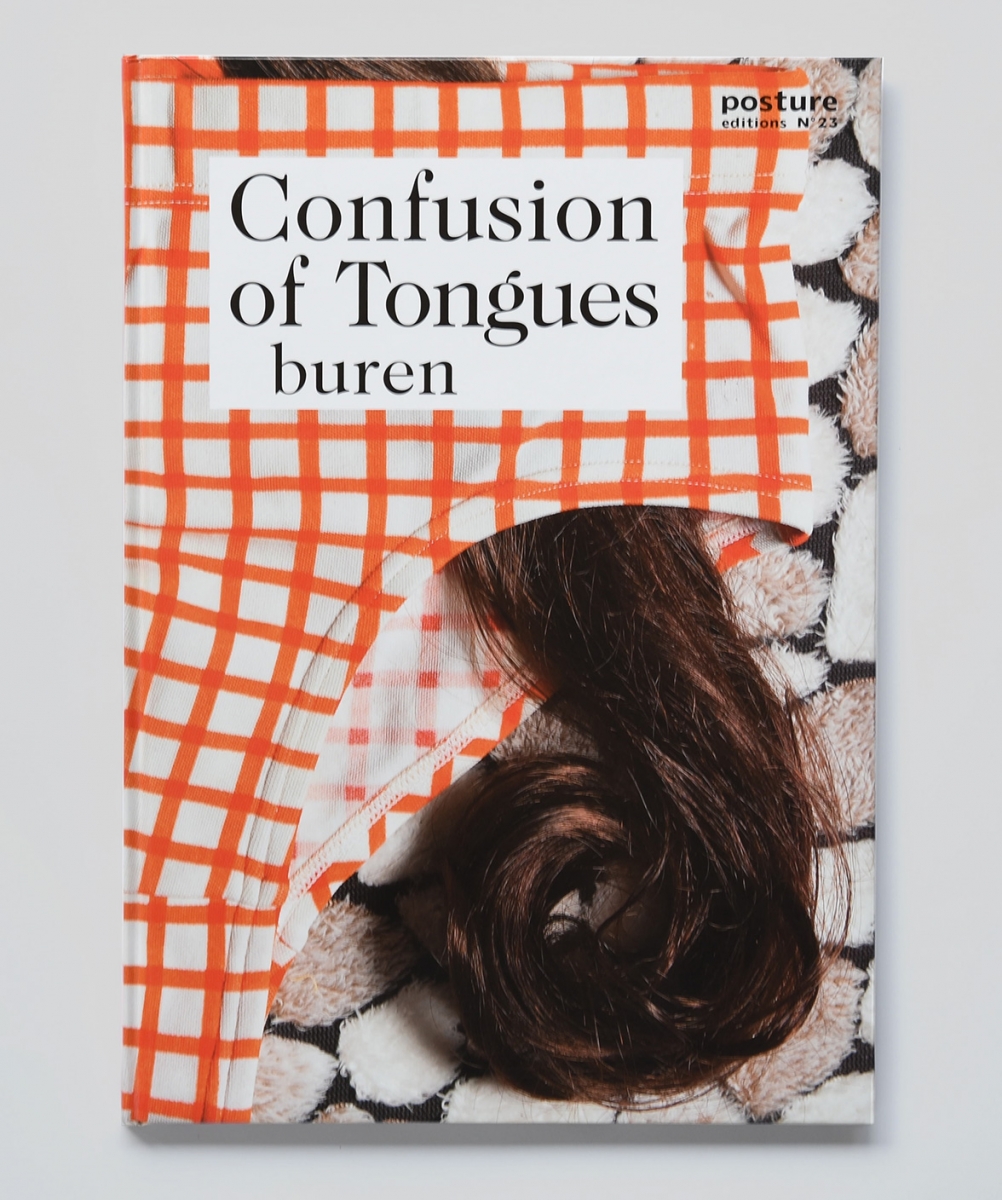 buren the collective of Melissa Mabesoone (b. 1988) and Oshin Albrecht (b. 1986) – functions as a noun and as a verb, as an umbrella term for their practice and as a way of working together.
They research, amongst others, subconscious sensations and desires, ways of dealing with commodity and property, the promise of happiness and a unique identity. How to deal with today’s impasse and the possible failure of our good life fantasies? This is expressed in different media such as performance, installation, video and film.
The book Confusion of Tongues rejoices in confusion: the artists assume inexplicable poses, surrounding objects that are groped in an inappropriate manner.
Over 20 short texts, Koen Brams conjures a world of fingers, watches, buses and other ‘Things’. Image and text come together to create a theatrical world in which the everyday seems to flirt with the supernatural.

“IN THE PALM OF THE HAND — The objects have just two things in common: they have all belonged to different owners and they all fit in the palm of the hand. Whether it be a poker chip, a glass marble, a watch or a badge, they were all once noticed, picked up and safely concealed in a clasped hand. Then they travelled with him in his shirt or trouser pocket. The paths of his walks could be traced retrospectively and maps drawn up based on the things. This map of things would take you along fields, rivers and canals, on steep paths and ridges, into blind alleys and via secret shortcuts.”
From: ‘Things’ Koen Brams, in: Confusion of Tongues

Launched at LUCA School of Arts, 19.04.2017
With the support of the Flemish Government